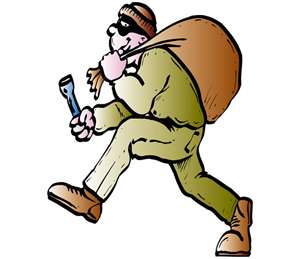 Of course everybody in City hall knew the dirty little secret. The illegal 10% water tax that was hidden by the confusing name of “in-lieu fee.” Year after rancid year the City Fathers and Mothers – from daffy and angry liberal spendthrifts like Molly McClanahan and Jan Flory, to supposed conservatives Dick Ackerman and Chris Norby blessed the scam and put their imprimatur of approval upon it.

This means that because the City departments were already charging to the Water Fund, that cost too jacked up the tax. Double Dip.

And all that free water wasted by the City over the years? You guessed it: the cost jacked up the illegal water tax. Triple Dip.

The fee was set at 10% of gross water revenue, meaning that every time the commodity cost of water went up, or transmission cost went up, so did the absolute amount of the tax itself. Quadruple Dip.

Naturally, the water tax itself was considered to be part of the gross “cost” of the water works, meaning that as the absolute value of the 10% increment rose, so did total of the tax!! The true amount of the tax was 10% of cost plus 10% of the 10%!!! Which is why the tax was actually about 11% of the true cost. Got it? Quintuple Dip.

The defenders of the Old Culture of Corruption and its slimey shakedown want you to believe that everything is pretty okay, that no harm was done, and that refunding any part of this felonious rip-off would just be a big waste of everybody’s time.

Wrong. Accountability and responsibility have their cost. Sooner or later you have to pay the piper.

45 Replies to “Now, What About Our Water Tax Refund? Part 3: The Big Lie And The Big Dippers”