Ah, dear me. I was just waiting for a last gasp from the old, die-hard liberals in Fullerton to oppose the political colonic flush Fullerton needs so badly; they didn’t disappoint. Check out this lame ad placed in the Fullerton Observer: 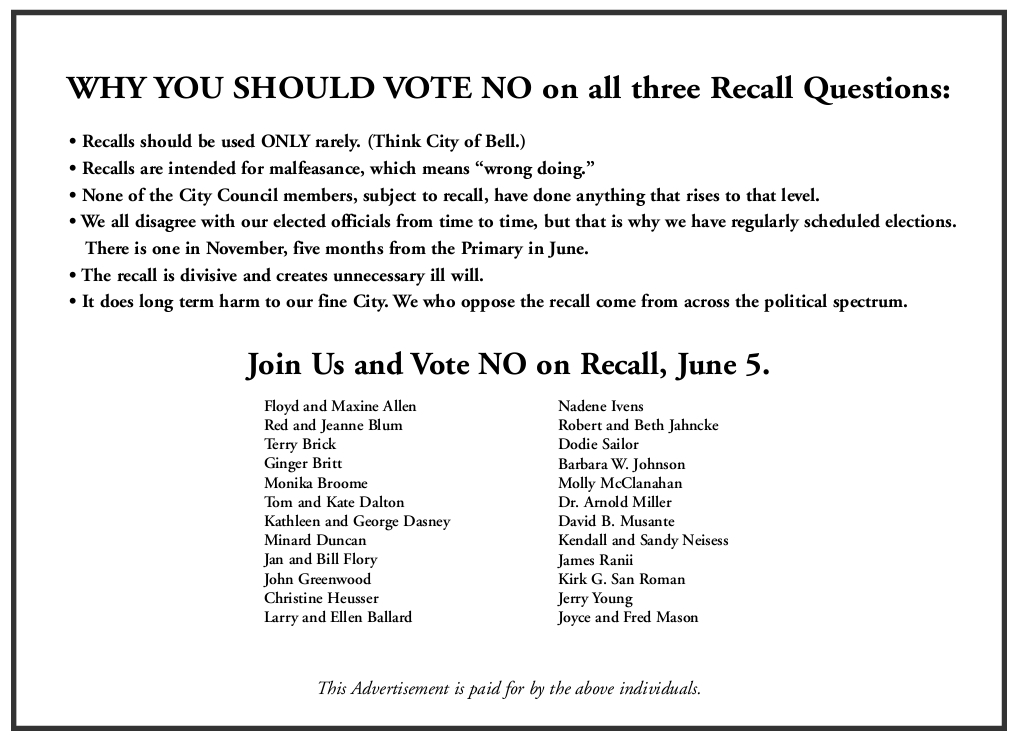 Predictable. We’ve already dispensed with the “recalls are for malfeasance” nonsense, here. Ironically, some might argue that cultivating a corrupt and murderous police force, colluding to keep an illegal tax, and giving away public property to campaign donors all rise to the level of “malfeasance,” but I’ll just let that pass.

What’s interesting in this list of names is that the average age is somewhere between 70 and 70 million, and that would take us back well into the Mesozoic Era.

These are the worthies who believe in City Hall heart and soul, no matter what idiocy emanates from it. These people sit on committees and even serve on the council itself whenever the repuglicans can’t stop them. They share a common love for government bureaucracies and processes, and more than anything else they believe in hollow platitudes and meaningless abstractions.

And where were these honorable men and women after a helpless, homeless man was murdered by their own police department? Nowhere near the protests, you can be sure of that. It just wouldn’t look good.

70 Replies to “The Lost Generation”