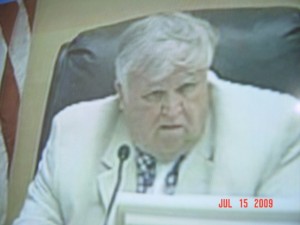 Here’s an interesting e-mail chain that I initiated while contacting Mayor Bankhead about making sure Fullerton has a representative on the OC Vector Control Board.

I got an e-mail from good old Dick Jones himself accusing FFFF of innuendos and lies! Naturally if there’s a different tale than the one told to us by other board members, we’d sure like to hear it! So I invited Jones to write it out and send it in to show us where we are lying. Of course I’ll publish any old thing he writes – just so long as he writes it himself.

I have to admit I got a kick out of the “helping fellow citizens” routine.

Dear Mayor Bankhead – I have confirmed with a member of the Vector Board that at Vector Controls last board meeting (closed session) held on 3/18/10 Dick Jones lost it and “declared” that he “quit” the Vector Board.

Would you please place this matter on the city’s next agenda so the residents of Fullerton are assured that we have a representative on the Vector Board?

Tony what is your problem???? The Council, the OCVCB Director, and Board Pres were informed by me last month that I was considering resigning because of ongoing problems at the OCVCB. When I left several others walked out also–a quorum just barely remained. Why must you and your blog attack with innuendos and lies those who are trying to help their fellow citizens? Would you like to meet with me and see if we could improve your concerns?

Would you like to write up your version of the Vector Board event and explain where I’m “lying”, I’ll even publish it on the blog.

14 Replies to “We Get Mail: Dick Jones And The Great Vector Bug Out”