As we reported, March 1, 2010, FFFF’s Travis Kiger, Fullerton businessman Larry Lazar and myself sat down with Bill Hunt, 2010 candidate for Orange County Sheriff.  The round table discussion was an opportunity to ask some important questions that we think are on the minds of voters.  No topic was off-limits. 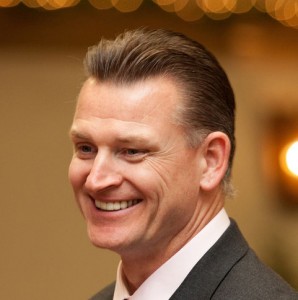 Hunt Speaks Out About Haidl & Co.

Back in 2003, Greg Haidl, son of Assistant Sheriff Don Haidl, was awaiting trial (where he was eventually convicted of sexually assaulting an unconscious teen) when he was picked up by deputies in San Clemente after they found marijuana in a car driven by Haidl’s friend.

FFFF: “You’ve taken a lot of criticism for some events that happened a long time ago with Haidl’s son, specifically the October 26, 2003 incident.  Can you tell us what happened?”

Bill Hunt: “Here’s what happened.  At the end of the day, me and my captain were sold out by a sheriff and assistant sheriffs, Jaramillo and Haidl, who were involved in this thing behind the scenes and then lied about it and tried to hang it on me.  And you’ll remember by that time I was a candidate for the office [sheriff].”

Hunt went on to describe in great detail the events behind the criticism that eventually lead to his resignation. The following is a synopsis of Hunt’s full explanation:

Gregory Haidl was out on bail on rape charges and living with his mother in San Clemente.  On October 26, 2003 at around 10:00PM Haidl was skateboarding with a couple of friends in an industrial complex when Deputy Roche spotted them and made contact.  It seems everyone agrees that there was marijuana in a car that the teens used to get to the industrial complex.  After a brief interrogation by Deputy Roche, a sixteen-year old male confessed to possessing the pot.  Based on an audio record of the incident, it was a solid bust based on a solid confession.

Deputy Roche, knowing Haidl was involved, called his supervisor, Sergeant Richard “Dick” Downing.  Downing arrived, reviewed the circumstances, and called his watch commander.  At some point, Haidl was driven home to his mother’s house by Sgt. Downing and the sixteen-year old was allowed to leave with the third suspect in the third suspect’s car.   It is at this point that the cover up seems to begin.

Sgt. Dick Downing called his watch commander, Lloyd Downing.  Lloyd Downing then called Jaramillo who told him “Don’t log it, take care of it.” Lloyd Downing said, “It’ll be our little secret.”  Then Lloyd Downing called Dick Downing and told him not to log the event. But Sgt. Downing wasn’t dumb and he wanted to do the right thing.  He told Roche to log it in the deputy’s log and then he intentionally did not enter it into the sergeant’s log.  This way, Sgt. Downing could say he followed orders without really doing anything wrong.  Next, Jaramillo called Carona and a six minute conversation ensued.

Sgt. Dick Downing decided to call Hunt and explain that Roche found Haidl and his friends with some dope and that Haidl had been taken home.  He didn’t tell Hunt that he had already spoken with the watch commander or what the watch commander had told him.  Hunt then called his captain to let him know what happened.

Days later Hunt ordered Deputy Roche to submit his report and book the confiscated marijuana which had been stored in Sergeant Downing’s file cabinet.  Roche wrote up the report and submitted it to the shift supervisor, Sergeant Nancy Gafner, who reviewed it and determined that there are subjective opinions in it.  Roche stated that, although the sixteen-year old minor confessed to possessing the marijuana, he believed it to be Haidl’s.  Gafner felt that the opinion should be omitted because there were few or no facts to support it and asks Hunt if he concurred.  Hunt read it and decided that he wanted Roche to explain why he was so sure was Haidl’s dope.  Roche explained that he just felt that the kid was covering up for Haidl but he could not articulate exactly why.  Hunt then told Roche to omit the opinion and only include the facts.

Later, Carona and Jaramillo conspired to dump the entire case on Hunt’s shoulders.  Hunt said “So if you look at the indictment of Mike Carona, that’s on page 19.  It says in there defendant Carona, defendant Jaramillo, and co-defendant Don Haidl conspired to arrange for preferential treatment for co-defendant Haidl’s kid.  And they don’t mention me in there. But remember, the attorney general didn’t know about this. They didn’t do an independent investigation. They didn’t pull phone records.  They took a corrupt Sheriff’s word on an investigation that only looked at us and didn’t look at their involvements.  My captain went to Jaramillo several times and said ‘let me go to the media and explain it. This is a nothing deal that you let spin out of control.’  They wouldn’t let us and that’s why.  If they found out what our involvement was it didn’t make sense with what happened on the back end.  They wouldn’t be able to get the stories straight.”

All of these details come to light through the media over the course of years.  David Lopez of KCAL9 news and R. Scott Moxley of OC Weekly were able to corroborate the much of the story. Lopez ultimately caught Carona in a lie when he asked “Did you get involved with this on October 26, 27, or 28?” Carona responds, “No. No sir.”

There is so much more to this story and we encourage you to read Hunt’s own words on the case and decide for yourself.  Hunt names names and tells it like it is. Read the full transcript.

10 Replies to “Bill Hunt on the Greg Haidl Incident”