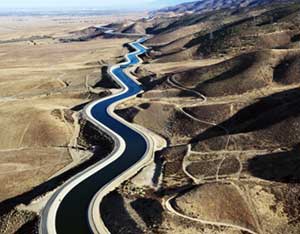 Yesterday the MWD General Manager abandoned the proposed pension jump for employees that would have raised their retirement formula. Here’s the story. He conceded that the votes weren’t there. Which means, of course, that a vote was held, only not in public. Somehow that seems like it should be illegal – Brown Act-wise, but of course government bureaucracies are legally incapable of committing any sort of crime.

We’re disappointed because a public vote would have put our MWD Board Appointee-for-life, Jim Blake on the spot.

All of his public employee lovin’ instincts would have pointed Blake in the direction of approval; under normal circumstances his pension-spiking Council overlords (and ladies) Bankhead, Quirk-Silva, Keller, and Jones would no doubt have backed him up. Who cares if water rates go up, right?

But these are not normal times, what with militant Republicans agitating for tax revolt and special elections putting the spotlight on people like MWD Boardmember Linda Ackerman – who also gets to dodge the responsibility of the vote. Very convenient!

And the union members will never have the opportunity to know how their buddies would have voted.

With the light of public scrutiny shining on the usually opaque doings of the MWD, the whole thing has collapsed like a house of cards.