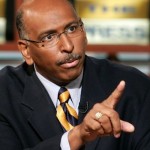 24 Replies to “Steele Speaks the Truth”